We are pleased to announce that two new members have joined our Board of Directors. Lara Major and Debbie White are our newest board members.
Lara is an educational consultant with over 18 years of experience facilitating professional development of teachers in early literacy instruction. Prior to becoming a consultant, she was a classroom teacher and reading specialist in the Fairfax and Loudoun County Public Schools. Lara taught as an adjunct instructor for the University of Virginia’s Curry School of Education and George Mason University. She serves on the Executive Advisory Council for James Madison University’s College of Education and is the acting Vice Rector of James Madison University. She is the chair of the Outreach Committee for 100 Women Strong. She is a trustee of the Willowcroft Foundation, which supports educational initiatives and medical research. Lara received her Bachelor of Science in Early Childhood Education at James Madison University and her Master of Education in Curriculum and Instruction from the University of Virginia. Lara’s favorite activity is reading books with young children. She is grateful to have the opportunity to do this often with the wonderful students of All Ages Read Together! 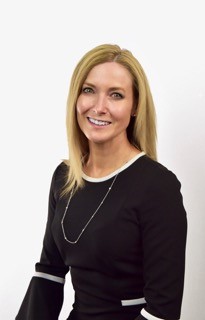 Debbie White olds a Master of Science degree in School Guidance and Counseling from the Johns Hopkins University. Debbie received her undergraduate degree from Indiana University of Pennsylvania with a B.S. in Elementary Education. Debbie taught in an early education school before moving to Maryland to teach for Montgomery County Public Schools. She taught first and fourth grades during her 10 years there. In her community, Debbie has volunteered at Carderock Spring Elementary School, Stepping Stones Family Shelter, D.C. Village Shelter for Families, and the National Center for Children and Families. Through her family foundation, Debbie supports nonprofits that assist underserved communities access education, job training, and basic need safety nets. 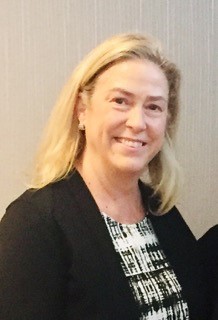 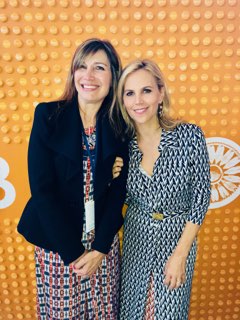 The Tory Burch Foundation invited AART Executive Director, Michelle Sullivan, to attend The Embrace Ambition Summit on Tuesday, April 24th at Alice Tully Hall, Lincoln Center.  Many nonprofit executives gathered with women entrepreneurs from all over the world to discuss the idea of doing well while doing good.  “To say it was a transformative experience would be an understatement!  It was a global think tank for a day of the most innovative minds to discuss the way we think about the entrepreneurial business community’s relationship with nonprofits” Sullivan pronounced.

Among the speakers were Virginia Delegate Danica Roem, Congressman Joe Kennedy III, and House Majority Leader Kevin McCarthy.  Other power players included author Margaret Atwood, actress Julianna Margulies, journalist Katie Couric, and Olympians Linsey Vonn and Ibtihaj Muhammad.  Tory Burch took the opportunity to chat with as many of the attendees as possible and took an interest in the nonprofits and their myriad contributions to the communities they serve.  Laurie Fabiano, president of the Tory Burch Foundation, told Michelle the intent of the Summit was to begin conversations and make connections across the entrepreneurial community as well as the nonprofit sector with the hope that the conversations would continue long after the Summit ended.

Actress Zoey Deutch told the audience that she can feel overwhelmed with what is going on in the world. She said it almost stymies her and sometimes she doesn’t know how to contribute to society. Deutch recounted Gloria Steinem’s powerful statement, “You can do anything, but you can’t do everything.”  The nonprofit community knows this all too well!